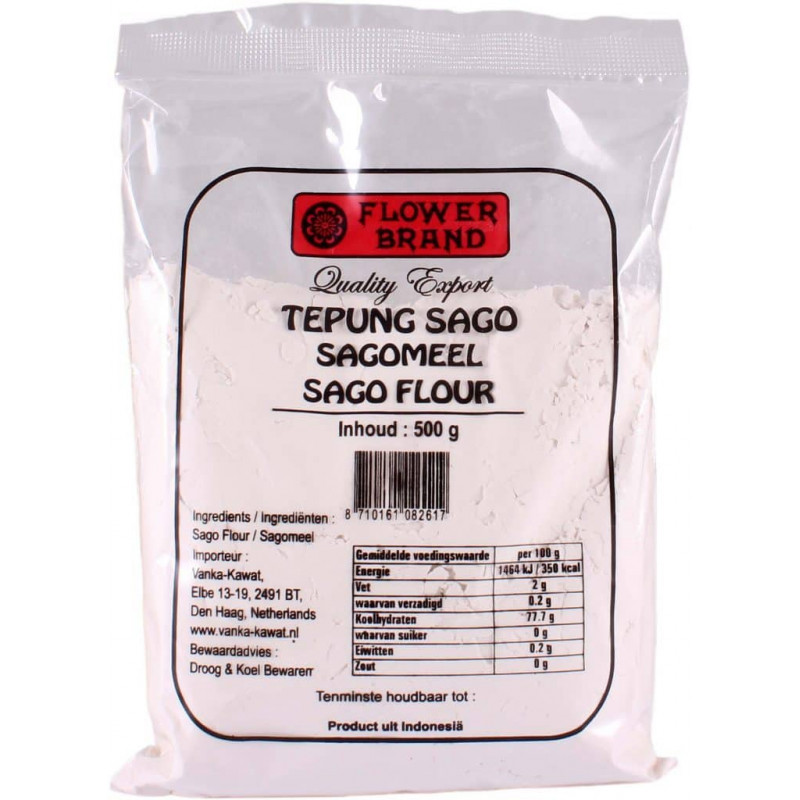 Sago /ˈseɪɡoʊ/ is a starch extracted from the spongy centre, or pith, of various tropical palm stems, especially those of Metroxylon sagu.[1] It is a major staple food for the lowland peoples of New Guinea and the Moluccas, where it is called saksak, rabia and sagu. The largest supply of sago comes from Southeast Asia, particularly Indonesia and Malaysia. Large quantities of sago are sent to Europe and North America for cooking purposes.[citation needed] It is traditionally cooked and eaten in various forms, such as rolled into balls, mixed with boiling water to form a glue-like paste (papeda), or as a pancake. Sago is often produced commercially in the form of "pearls" (small rounded starch aggregates, partly gelatinized by heating). Sago pearls can be boiled with water or milk and sugar to make a sweet sago pudding.[2] Sago pearls are similar in appearance to the pearled starches of other origin, e.g. cassava starch (tapioca) and potato starch, and they may be used interchangeably in some dishes.